THE BOOK OF LIGHT (RISALE-I NUR)

The Book of Light (Risale-i Nur) is one of the most influential and original works of Qur’anic exegesis and Islamic theology written in the past two hundred years; and yet considering its stature, it is relatively little-known in the West, even amongst Muslims. Comprising around one hundred and thirty epistles across five thousand pages, there are few books that treat a larger range of questions relating to every aspect of Islam, from creed and theology to ethical, social and liturgical questions. What is more, there are even fewer works, because of the outstanding intelligence and scholarly standing of its author, which discuss and answer them with such perspicuity.

The Risale-i Nur was written between 1926 and 1949 in Turkey. For literally millions of dedicated readers there, reading The Book of Light is a practice by turns devotional, spiritual, therapeutic and intellectual. Regular readers of the Risale-i Nur report that it palpably strengthens their faith, refreshes consciousness of their sense of servanthood to God, increases their desire to worship God, draws them into closer spiritual proximity to the Prophet Muḥammad, blessings and peace be upon him, and helps to chart out a road to the achievement of the perfection of those human attributes that God asks all people to acquire. Perhaps one of the reasons underlying its unique appeal (no work in the Islamic sciences of the past hundred years enjoys anything approaching its wide readership) is the manner in which The Book of Light defies categorisation or genre; for the many followers of the Nur movement that it gave rise to, it is not merely a book of knowledge, but an event, a methodology for the systematic service of Islam, a mass movement and a guiding friend that can seem almost alive.

This new English translation* of the entire Book of Light seeks to capture the myriad, original ways in which it treats its multifarious subject matter, the true nature of its recurring motifs and tropes, its structural diversity and its great thematic complexity, in a way that no previous translation has done so.

Hitherto, otherwise competent translations of The Book of Light and studies on different aspects of Nursian thought have largely suffered from a somewhat anachronistic and vague conception of Said Nursi’s intellectual context and interests; while always confident of his importance and fame, many of them do not seem clear on exactly why he is so, or precisely where to place him as a thinker. Due to the undoubted decline of serious study of the Islamic sciences in the past hundred years or so throughout the Islamic world, especially the more technical, logic and axiom-based works preferred by Ottoman and Mughal scholars, the various intellectual currents that formed the background to the scholarly milieu that Nursi grew up in his early career have not been fully understood. This state of affairs has led to Nursi being wrongly classified by certain writers under the rubric of “reformers”, in the same vein as Jamal al-Dīn al-Afghānī, Muḥammad Abduh and the like, rather than of “renewers”, which is how he is viewed by his followers. Many scholars regard him as a natural successor to al-Ghazālī, Mulla Fenari, ‘Abd al-Raḥmān Jāmī, Jalāluddīn al-Suyūṭī, Aḥmad al-Sirhindī and Mawlānā Khālid al-Baghdādī, all considered renewers of their respective periods. Nursi’s fundamental continuity with the mainstream tradition of orthodox Sunnism (Ahl al-Sunna wa al-Jamā‘a) is thus often missed, although in his own time he was one of its very greatestrepresentatives.

Although its status as a major inheritor of ancient Islamic scholarly traditions is undoubted, the Risale-i Nur is also a highly practical book. It read its time well, a time of doubt, scepticism, and the questioning of old certainties. As such, it is very much a book of “why”, more than it is a book of “how”. It purports to offer proofs for all of the tenets of the Islamic creed. While focusing on highly intricate and profoundly beautiful expositions of the teleological proof for the existence of God (including those that argue from the final causes, order and wisdom evident in the universe), it also contains several original cosmological proofs, including the argument from the impossibility of an infinite regress, the contingency argument, and the argument from temporal origination. The Supreme Sign provides compelling evidence of God’s unity, employing a unique and wide-ranging contemplative method, as well as the classical kalām proof of the oneness of God from the “mutual counteraction” (tamānu‘) implied by the notion of two gods (see also e.g. The Thirty-third Letter). The Resurrection Epistle offers a deduction of the reality of life after death from the nature of the Divine Attributes, proving it, as Nursi tells us, “as surely as two and two is four.” The Miracles of Muḥammad, blessings and peace be upon him provides powerful evidence Muḥammad was truly a Prophet of God. The Qur’anic Miracles gives the reader abundant and compelling reasons to believe in the Divine origin of the Qur’an: that it is the word of God. Moreover, the Risale-i Nur engages the most modern of problems; what, really, are natural laws? Is evolution possible? Why does God allow evil to exist in the world? 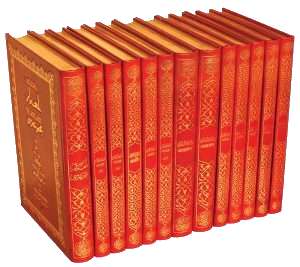 Yet after establishing the correct creed that constitutes the basis of all else, the Risale-i Nur also answers more everyday problems; in the Epistle on the Sick, it helps us to understand the Divine wisdom underlying tribulations, in a manner that renders illnesses almost endearing to the reader. In The Epistle on Frugality, it explains the virtue of making do with little, and non-attachment to the things of the world, in a way that is exceptionally moving. Everything we own is a blessing from God; and frugality obtains exactly when we use these blessings in the manner that the Creator has commanded us. In the Epistle on the Elderly, it demonstrates that old age is of all the periods of a human being’s lifespan one of the most important loci of the manifestation of God’s mercy, and that a true believer will spend their old age in states of joy, ease and peace. Moreover, the Risale-i Nur provides answers to contemporary questions; why are Muslims often deemed not to have continued to advance civilisationally? What is the status of women in Islam? What is the real nature of the ḥudūd punishments? What is Islam’s stance on slavery? In the Epistle on Sincerity, the Risale-i Nur instills in us virtues and modes of personal comportment of exceptional beauty, and which should serve as the most fundamental of all human attributes. It even explains how we should view and treat people of other religions, and opens the way to a form of positive co-existence with people of other religions, while teaching that Islam is the final religion that has abrogated all previous religions. Moreover, The Risale-i Nur presents and explains a comprehensive array of Qur’anic, creedal and spiritual issues that in recent times have been the objects of particular confusion or doubt, like the Ascension (al-mi‘rāj) of the Prophet Muḥammad (s), the splitting of the moon (shaqq al-qamar), and certain verses of the Qur’an as well as certain equivocal (mutashābih) hadith traditions that many people find difficult to comprehend, and that opponents of Islam have often disputed.

In short, the Risale-i Nur is a work of exceptional and indeed nonpareil relevance to the times we now live in.